Richard to retire from Colortech 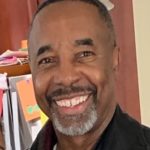 Richard has served in his role at Colortech since August 2007. During his time at the color and additive masterbatch company, he was responsible for leading the Technical Services team, a group of proactive problem-solvers. They provide technical support for customers and work closely with the Sales team to develop new and innovative products. During Richard’s tenure, he helped grow the Technical Services team and has served as a mentor for Colortech associates in several departments. While based in Morristown, Richard has traveled across the United States and Canada, visiting customer facilities and expanding Colortech’s partnerships.

“Ed has been invaluable in helping Colortech succeed and grow through on-site customer trials.  Although we will certainly miss his technical expertise, he has thoroughly prepared our team for continued success,” said Adam Rankin, Colortech Vice President of Sales and Marketing at Colortech.

Richard received his bachelor’s degree in Chemical Engineering from the University of Arkansas. Before joining the Colortech team, he worked for Chevron Chemical Company (Gulf Oil Chemicals), Millennium Petrochemicals (Quantum Chemicals), Imerys (ECC International), and others.

Following a forty-four year career in the plastics and chemicals industry, Richard plans to remain active in the community through his church and friends. He is also excited to spend more time with his family.

“Ed will be remembered for the numerous achievements that he accomplished while at Colortech.  His most significant achievement for our organization and the industry is all of the associates that he mentored and developed throughout his career,” said Alex Rom-Roginski, President of Colortech. “Thank you for being a professional, a helpful colleague, a role model, and, most importantly, a good friend to so many of us.”

Due to social distancing restrictions, Colortech plans to host a farewell reception for Richard in Morristown at a later date.

Colortech, Inc, founded in 1981, is a North American-based manufacturer of color and additive concentrates for the plastics industry. The company strives to create high-quality polymer-masterbatch for processes including film and sheet, blow molding, injection molding, extrusion coating, and profile extrusion. Colortech is a part of the PolyPlast Müller group of companies, with manufacturing locations in Brampton, Ontario, and Morristown, Tennessee, and warehouses situated across the U.S. and Canada. To learn more about Colortech, visit colortech.com or call (800) 989-5594.